With a background in voice acting, stage acting, choral and acapella singing and performances, it's not an exaggeration to say that Kevin's life has always revolved around their voice. Even as a child, Kevin and their brother constantly strived to make each other laugh by imitating characters and voices they heard. As Kevin entered college, they began seeking a practical way to channel their love for voice, and found the answer in speech-language pathology.

As a specialist in transgender vocal training and voice habilitation, Kevin finds great satisfaction in helping others learn to love their voice as Kevin does. With the wide variety of tools they have mastered, Kevin always strives to meet their clients where they are and make voice work fun and approachable for all, regardless of skill level.

Want to learn more about Kevin's story? Listen to an interview with Kevin on the podcast, "Private Practice Success Stories"!

Certificate of Clinical Competence in Speech and Language Pathology

Master's of Science in Communications Sciences and Disorders

Western Carolina University
Graduated in May 2015

University of North Carolina at Greensboro
Graduated in May 2013 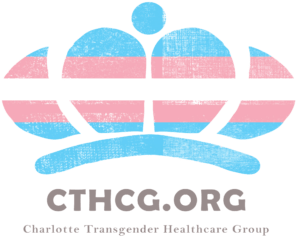 Ry grew up singing and performing in choral groups and theater companies. They also had classical voice training while in high school. When it came time to attend college, they made the decision to pursue being a speech-language pathologist so that they could help performers who had voice disorders.

They fulfilled that dream and graduated from their alma mater, Stockton University, in southern New Jersey, with their Masters in Communication Sciences and Disorders in May 2019. They have previously received their Bachelors of Science and a minor in women, gender, and sexuality studies from Stockton in 2017. Entering into graduate school, they made an important discovery about their own gender identity being gender nonbinary and transgender. They first began treating voice disorders and providing gender affirmative voice in graduate school in their school’s onsite clinic. They have interned and worked in schools, outpatient rehabs, and in the home settings providing early intervention services. Now, they live in New York City and have teamed up with Prismatic Speech Services to provide gender affirmative voice therapy across New York state via teletherapy.

Certificate of Clinical Competence in Speech and Language Pathology

Master's of Science in Communications Sciences and Disorders

Stockton University
Graduated in May 2019

Stockton University
Graduated in May 2017

Kevin Dorman opened Prismatic Speech Services' doors in Greensboro, NC in April of 2017 and has served 98% transgender clientele to this day. Specializing in telepractice (long-distance delivery of services), Prismatic Speech has always strived to be more accessible than traditional models of physical voice clinics. They branched out to South Carolina later that year, and Virginia and Georgia in the following years. In 2019, Prismatic launched Find Your Light, a communally-pooled scholarship fund that reduces the cost of services for transgender clientele with restricted financial mobility. In April of 2020, Prismatic brought Ry Pilchman onboard to meet the needs of the trans and non-binary communities of New York. 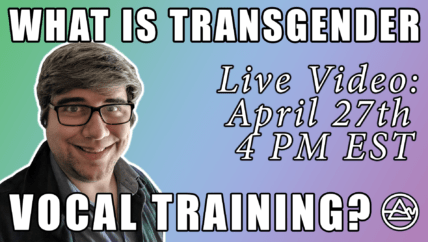 Our clinician, Kevin Dorman (they/them), will be offering a free online informational session on transgender vocal training! They'll discuss the…