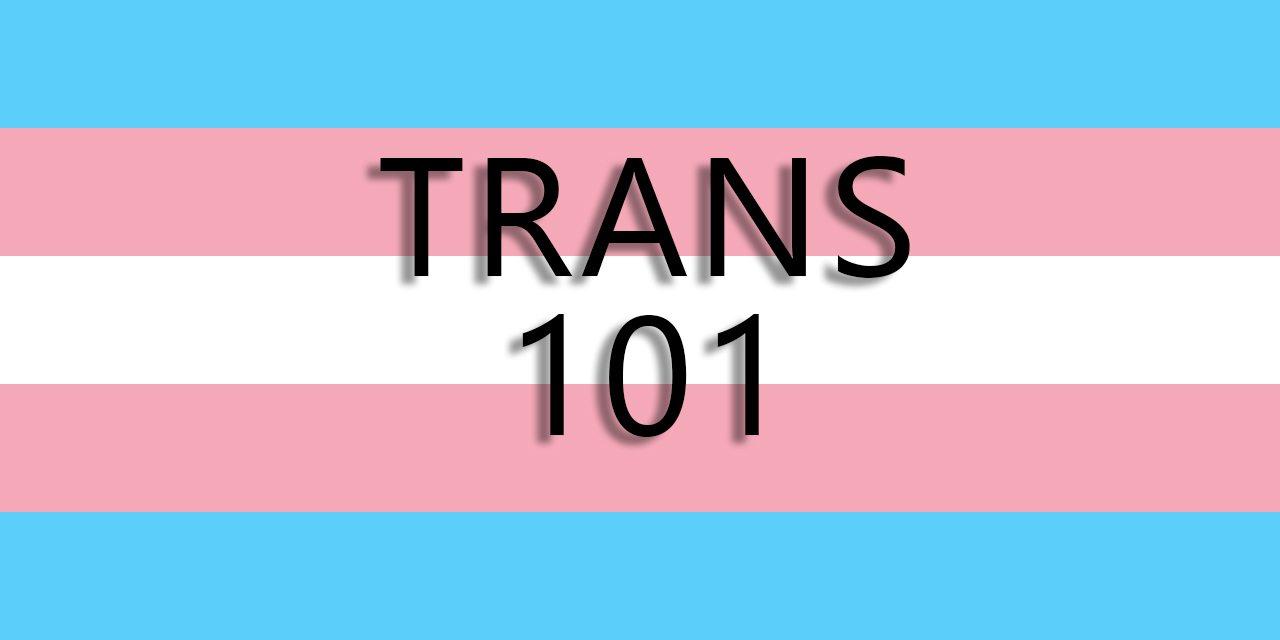 This article is a sampling of definitions which are informed by my experiences and viewpoint. I have spoken to many at length about these subjects to broaden my understanding, and I hope to offer a culturally informed and competent analysis of the terms. That being said, I am not immune to bias and, like everything on my blog, what I write is from my perspective. I still have a great deal to learn; my definitions may not ring true for all.

I encourage discussion of the terms described below to take place, so we may learn more from each other.

Regarding Definitions
Language and its Impact

Definitions are a tricky thing to discuss.

For one thing, everyone has their own set of definitions they use to navigate through the world, and these definitions are incredibly difficult for some people to change. For another, dictionary definitions are often used as ultimate, impartial truths. The problem with this is that language is incredibly fluid. Definitions can differ between cultures, geographical regions; what's more, they evolve and change over time.

Take the word 'literally', for example. For the longest time, the word 'literally' was primarily used to mean "in a precise or strictly realistic manner". Over time, in a subculture in our society, the word 'literally' evolved a secondary meaning to convey a strong emphasis. As the popularity of this new usage flourished and permeated, it was met with opposition by those who operated under the first, original definition and refused to update their lexicon. English professors ground their teeth in frustration as, from their perspective, they saw their students using the word completely incorrectly. Others angrily rifled through dictionaries, triumphantly pointing to single-definition versions of the word, as if that nullifies the other usage. However, this viewpoint fails to acknowledge the truth of the matter: the word 'literally' evolved a second meaning to convey a hyperbolic amount of stress.

The simple truth is, there isn't a single dictionary that can encapsulate all the various definitions a word one may have.

Language and culture are evolving faster than ever before, and as transgender culture grows in prominence and numbers, a clash of culturally different versions of terminology is once again occurring. For many, a simple grade school understanding of sex and gender has gotten them through life up to this point, and it's on this foundation that they have built their worldview. As they meet others whose definitions of these terms have evolved to be more inclusive of gender-diverse people and aware of nuances which have emerged over recent decades. It should come as a surprise to no one that grade school knowledge is hardly in-depth enough to navigate the complexities and realities of adulthood.

The topics of sex and gender are much more interesting and complicated than this simple view could ever encapsulate. In this article, I hope to aid those who are less familiar with the evolution of these terms and wish to learn more. As previously stated, the definitions I present here are not perfect, but they will hopefully provide a framework you can build upon by engaging with transgender-inclusive communities.

Many people in our society are born with a mix of sex characteristics that don't fit into the traditional, simplistic definitions of sex. These people, if they so choose, can identify as intersex. As science continues to evolve, so does our understanding of the prevalence of intersex combinations of sex characteristics. A study in 2014 hypothesized that so many as 1 in 100 people could have these traits.

In Western culture, upon birth, a doctor examines a baby's genitalia, and from this, assigns a baby the label of 'male' or 'female' for their sex and their gender. Children who are born with a penis and testes are assigned-male-at-birth, or AMAB; Those born with a uterus and ovaries are assigned-female-at-birth or AFAB. From this designation at birth onward, many aspects of the child's development and life are predetermined due to societal and parental pressures: the toys they can play with; the permittable interactions with other children of the same and different genders; how to behave in private and in public; what activities are acceptable to be interested in; the list goes on and on. These expectations and societal pressures are often detrimental to children's development.

If intersex gonads or genitalia are present, it is not uncommon for doctors to perform genital mutilation upon intersex infants for cultural or religious reasons. These surgeries, more often than not, are unnecessary and harmful to the children. Thanks to the efforts of intersex activists, this practice has received a lot of backlash in recent years. This past June, former US Surgeon Generals Drs. Joycelyn Elders, David Satcher and Richard Carmona have released a statement calling for an end to intersex genital mutilation.

As stated in the DSM-5, gender “refers to an individual’s identification as male, female, or… some category other than male or female” (2013). Everyone’s relationship with their gender (how they identify, why they identify that way, what traits they have that they identify with their gender) is varied and highly personal. How one person relates to their gender (and others' genders) can be completely different than the way another person feels about it, and neither person is more or less valid than the other. For instance, one person might see using makeup to be a very feminine thing; another may find a great connection to their masculinity through makeup.

Of course, our society has very rigid expectations when it comes to expressing gender; those who express their gender unconventionally are often treated with disrespect and violence by members of mainstream Western culture. Men who wear makeup are harassed; women who present with masculine traits are mocked; non-binary people are not acknowledged at all. These are all aspects of the societal construct that is the gender binary.

The cultural belief that all people are male or female. In Western society, for the longest time, male and female were the only accepted gender identities. Currently, this is still the framework the majority works under; however, this is changing thanks to activists' efforts. Identifying as male or female affects a lot in our society, from what behaviors are considered socially acceptable, to what jobs one is expected to fill, to what people one expects you to be attracted to. These expectations for men and women highly restrict the ability of those who do not fit these models to flourish.

Non-binary people are those who do not identify as male or female. Non-binary people have existed for centuries, both in Western society and beyond. In this section, we will discuss non-binary identities in Western culture. The number of nonbinary identities is vast, for numerous reasons. For one, as I stated earlier, everyone's relationship with their gender is unique to them, and as nonbinary identities largely aren't acknowledged by society (and thus, there are no societal rules containing them), individuals are left on their own to explore their identity and create the words to describe that identity, the pronouns to use when referring to themselves, and so on. There are nonbinary people who identify as partially male or female, who identify as no gender, who identify as multiple genders and their association with these genders fluctuates over time and so much more.

Many cultures of the world do not adhere to the gender binary. There are less now than there were pre-colonization, as the English, Dutch, Spanish, and other Western cultures sought to exterminate these indigenous cultures and install their own ideals, including the gender binary. Ideally, I would like to make my own resource describing all of these beautiful cultures, how they survived colonization, and how their lives today are shaped by this history. As a placeholder until that time, here is an excellent article which delineates some basic facts about a handful of these cultures.

When one's gender is different from the sex and gender they were assigned at birth, they have access to the cultural identifier 'transgender'. The Latin prefix trans means 'across from', to indicate the relationship between sex-assigned-at-birth and gender. When a transgender person begins to identify differently than the sex/gender they were assigned at birth, this is the beginning of their transition.

Transition can be a very difficult time for a transgender person; however, it can also be filled with euphoria and a heightening of self-esteem; truly, no one's transition is the same. Transition is shaped by internal forces and external forces: gender dysphoria; societal expectations of gender; how others treat the person in transition; and so many other factors affect what aspects a person chooses to change.

Some people change physical aspects of their person/presentation by taking hormones, or by undergoing any of a number of surgeries, or by simply wearing different clothes that they feel expresses their gender identity better. Some undergo trans vocal training to change deeply-ingrained patterns of communication and producing speech. Some change their names and gender markers in government paperwork. Others only transition socially by asking others to use a different name/set of pronouns. Some do not transition at all due to familial or social pressures, or because their bodies would not react well to transition, or because they simply do not want to.

All of these people are valid and welcome in the transgender community.

This is a brief overview of the concept of gender dysphoria. For a more in-depth explanation, click here!

As defined by the DSM-5, gender dysphoria "refers to the distress that may accompany the incongruence between one's experienced or expressed gender and one's assigned gender... not all individuals will experience distress as a result of such incongruence" (2013). As stated, gender dysphoria is not a requirement for being transgender; it is, however, not uncommon for a transgender person to experience dysphoria at some point in their lives. Dysphoria is often thought of to be comprised of two possible components: body dysphoria, which is centered around a feeling of dissatisfaction or a disconnect with one's physical features; and social dysphoria, which refers to the distress that accompanies others' mistreatment of a trans person due to their identity/presentation.

Our society instills a lot of pressure to conform to cisgender-centric standards of expression, and harshly judges/hurts individuals who do not meet these standards. The psychological anguish that results from this judgment is dysphoria.

Due to the intense societal discrimination against transgender people, it is difficult to obtain accurate statistics on how prevalent the transgender population. The US Census was considering adding LGBT-specific data to the census in 2020; however, this has since been changed. In 2015, the National Center for Transgender Equality released the findings of a massive survey of American transgender people; the results are publically available here, and provide a great deal of insight into the hardships the community faces.

When one's gender is identical to the sex and gender they were assigned at birth, they have access to the cultural identifier 'cisgender'. The Latin prefix cis means 'on the same side of', to indicate the consistency between sex/gender assigned at birth and current gender.

Cisgender people make up the vast majority of our society; as such, their presentation, their ideas of what it means to be male or female, are heavily centered in our society. This happens to the point where transgender people have to fight for visibility at every turn, as we are so very rarely seen in media or culture. Transgender people are inundated with cisgender-centric standards of beauty and presentation.

It's standards like these which fuel many transgender people's gender dysphoria, and desire to physically transition.

I think that's more than enough terms for one post. I am definitely planning on making more posts regarding transgender terminology in the future. I hope this was useful as an introduction to this terminology!

As always, please let me know what you think, and feel free to email me if you have concerns.